Chuck is a manager/member of H&G. He and co-manager/member, George Hebbler, founded the firm in 2006. His varied practice since 1993 includes the defense of transportation, automobile, premises liability, product liability, general casualty, hurricane litigation, medical malpractice, toxic tort, and maritime lawsuits. He also handles insurance coverage issues. In addition, Chuck also handles Longshoremen and Harbor Workers compensation claims on behalf of longshoremen who have been injured on the job as well as product liability claims against medical device manufacturers. Chuck has successfully tried numerous jury and judge trials in state, federal and administrative law courts throughout the State of Louisiana. He has also successfully argued before numerous appellate courts within the State of Louisiana.

Martindale Hubbell’s Law Directory has issued Chuck its highest “AV” rating and he was honored as a Top Lawyer by New Orleans Magazine. He is admitted to practice in all state and federal courts in the State of Louisiana, including the United States Fifth Circuit Court of Appeals. Chuck is a member of the Louisiana State Bar Association, Jefferson Bar Association, American Bar Association, Louisiana Association of Defense Counsel, and The Trucking Industry Defense Association. He also over the years has presented or participated as a speaker in numerous client sponsored legal seminars.

Chuck obtained his Juris Doctorate in 1993 from the Loyola University School of Law in New Orleans, Louisiana where he was a member of the Loyola Law Review and the Moot Court team. Chuck graduated from Louisiana State University in Baton Rouge, Louisiana with a B.A. Degree in Psychology in 1990. Chuck and his wife reside in Metairie, Louisiana with their three children. 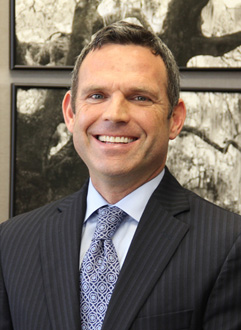