Brian Hill joined the firm in 2020 after having practiced in the New Orleans area for five years. His experience includes casualty litigation and insurance defense. Prior to joining the firm he worked in one of the busiest personal injury firms in New Orleans where he managed all aspects of litigation for clients.
Brian is originally from Baton Rouge. He graduated from LSU in 2008 with a degree in Mass Communication and Print Journalism. As an LSU student Brian worked as a sports reporter and columnist for the Daily Reveille.
In 2015 Brian received his Juris Doctorate from Loyola University New Orleans College of Law. At Loyola Brian was a member of the Trial Advocacy Team where he both competed and coached for Loyola in trial advocacy competitions.
Brian is admitted to practice in all State Courts in Louisiana and The United States District Court for the Eastern District of Louisiana. He is a member of the Louisiana State Bar Association, the American Bar Association, and the Louisiana Association for Justice. 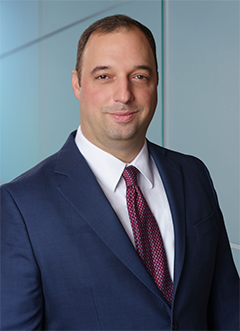