Mr. Young graduated from Louisiana State University in New Orleans in 1968 with a B.S. in Business Administration, and in 1969 received the degree of Juris Doctor from Loyola University School of Law. He is admitted to practice in all courts of the State of Louisiana, the United States District Courts for the Eastern, Middle and Western Districts of Louisiana, the United States Fifth Circuit Court of Appeals, and the United States Supreme Court. For over forty years Mr. Young has successfully represented individuals, corporations, insurers and self-insureds in civil litigation before state and federal courts, concentrating on insurance defense and coverage in personal injury, automobile accident, premises liability, product liability, and construction cases. His peers have consistently given him an “AV” rating in surveys by Martindale Hubbell, and he has been recognized as a Top Lawyer by New Orleans Magazine. He is a member of the Louisiana State Bar Association and the Louisiana Association of Defense Counsel. 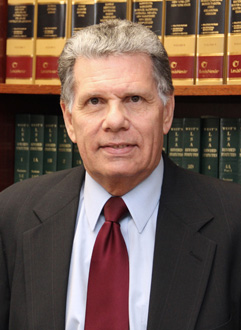