H. James Parker is a partner in the Metairie office of Hebbler & Giordano, L.L.C. He has over 25 years of experience practicing as a trial attorney. Prior to joining the firm, he was a trial attorney practicing insurance defense at other local law firms. James is admitted to practice in all state and federal courts in the State of Louisiana, and has prepared appellate briefs and argued several cases at the appellate level. His primary areas of practice are general casualty and insurance defense litigation, including transportation, automobile, trucking, premises liability, hurricane litigation and insurance coverage issues. He also handles general civil liability and business interruption claims.

James was born in Jefferson, Louisiana and earned a Bachelor of Arts Degree in Communications and Criminology from Drury College in Springfield, Missouri in 1986. He attended Loyola University Law School in New Orleans where he obtained a Juris Doctorate Degree in 1993. James is a member of the New Orleans, Jefferson and Louisiana State Bar Associations as well as the Louisiana Association of Defense Counsel. 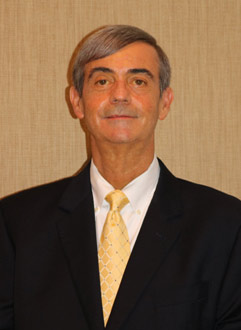