Frances joined Hebbler & Giordano in August 2013; her practice areas include insurance coverage, insurance defense, premises liability, and personal injury. A native New Orleanian, Frances is a graduate of the University of New Orleans and she received her law degree from Tulane University School of Law in 2000. While in law school she served as an intern to the Honorable Maurice “Moon” Landrieu, Louisiana Fourth Circuit Court of Appeal. She was admitted to the Louisiana bar in October 2000, and is also admitted to practice before the United States District Court for the Eastern and Western Districts of Louisiana. She served as a law clerk to Justice Jeannette Theriot Knoll, Supreme Court of Louisiana, from 2002 to 2011.

Prior to joining Hebbler & Giordano, Frances practiced with defense firms in the areas of toxic tort litigation, environmental pollution, and labor and employment law.

She is a parishioner of St. Genevieve Catholic Church, where she serves as a lector, and is a member of the St. Vincent de Paul Society. 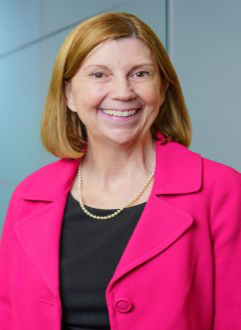